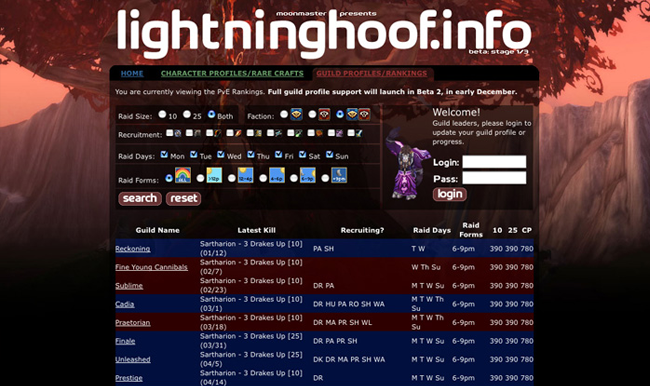 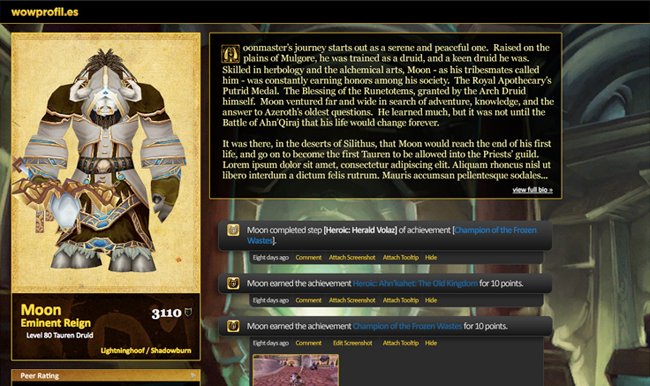 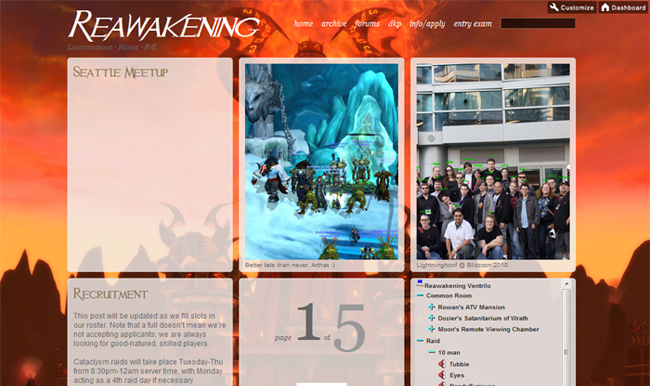 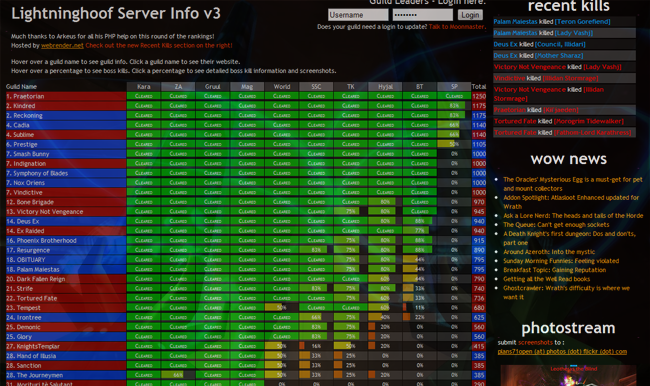 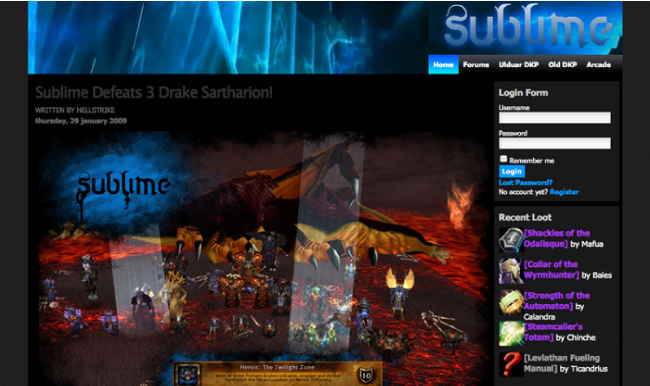 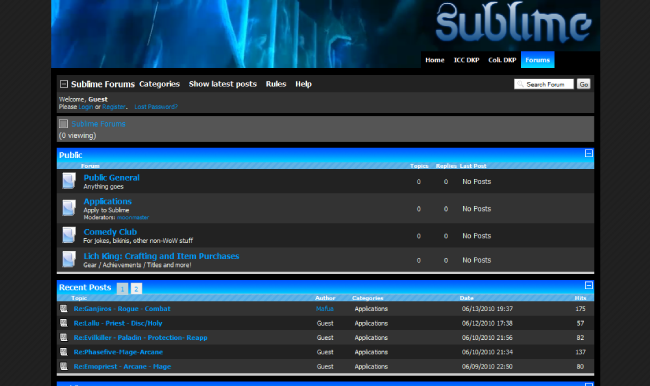 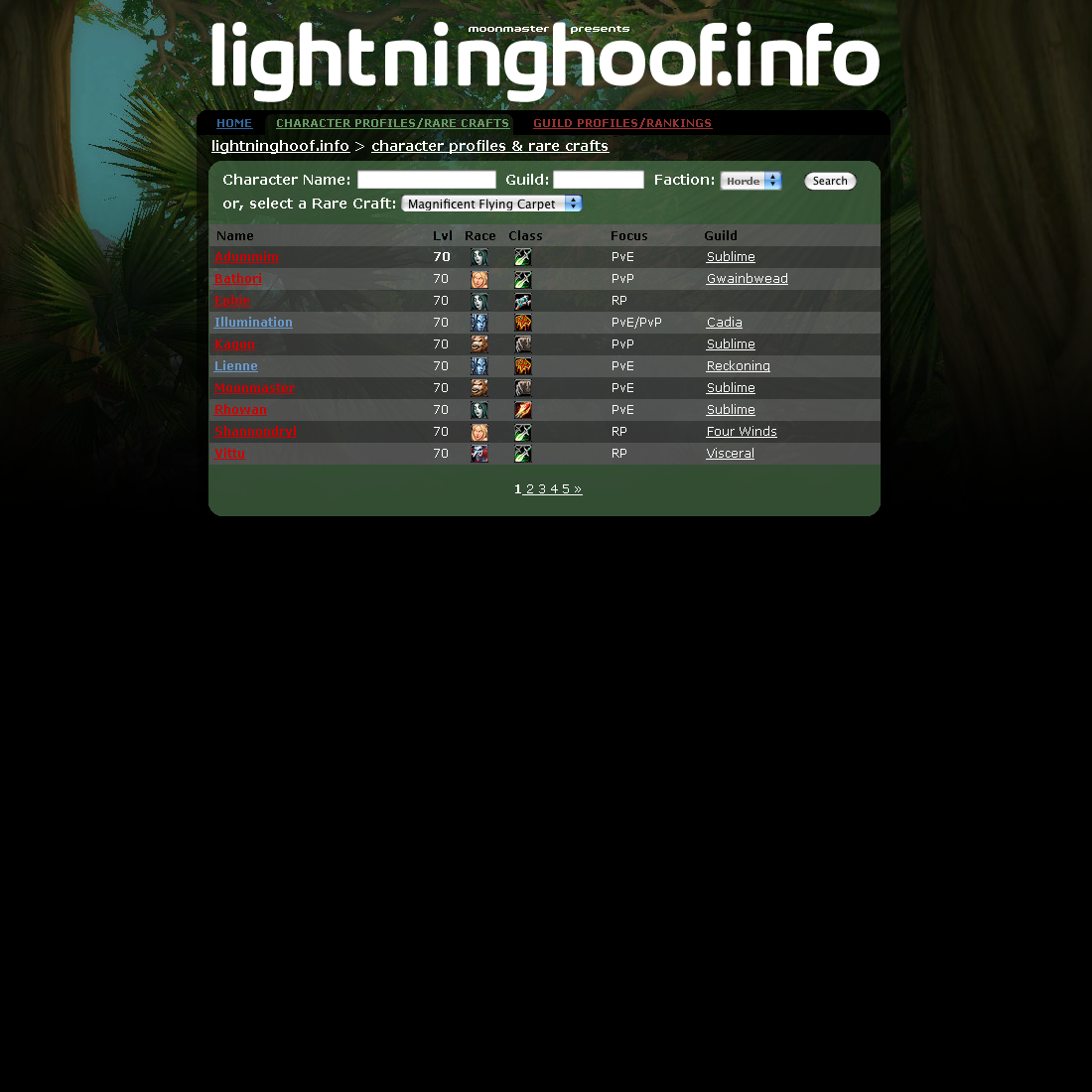 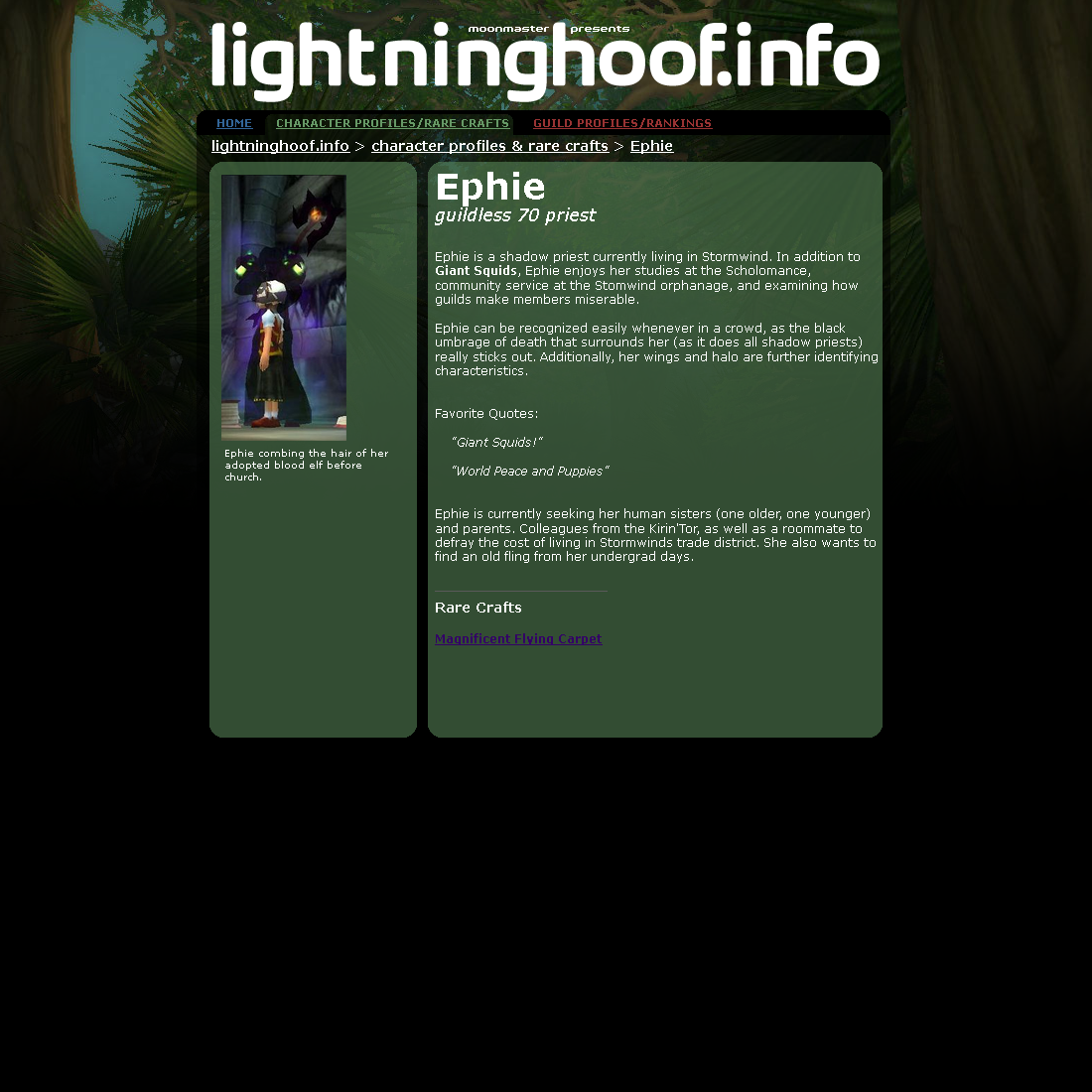 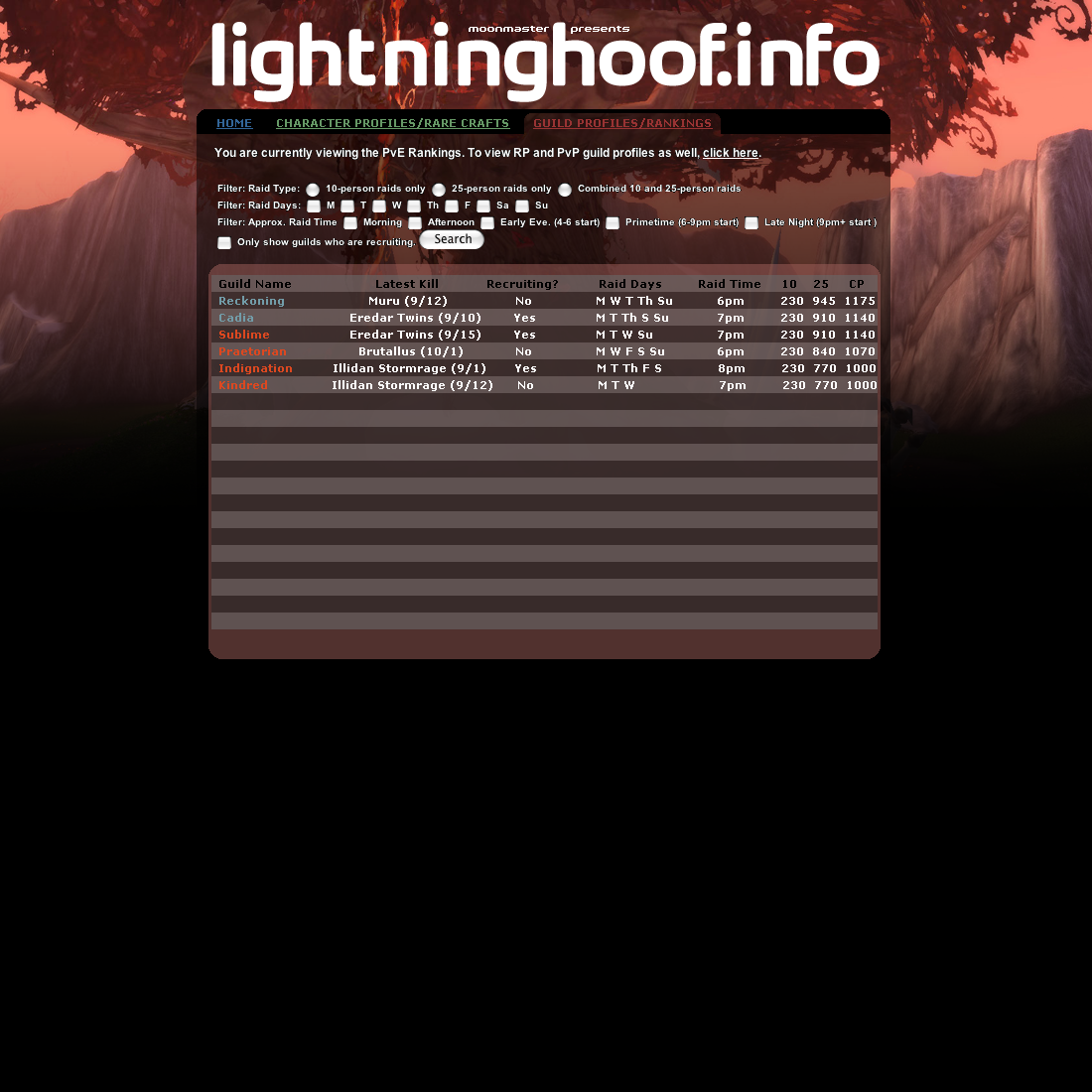 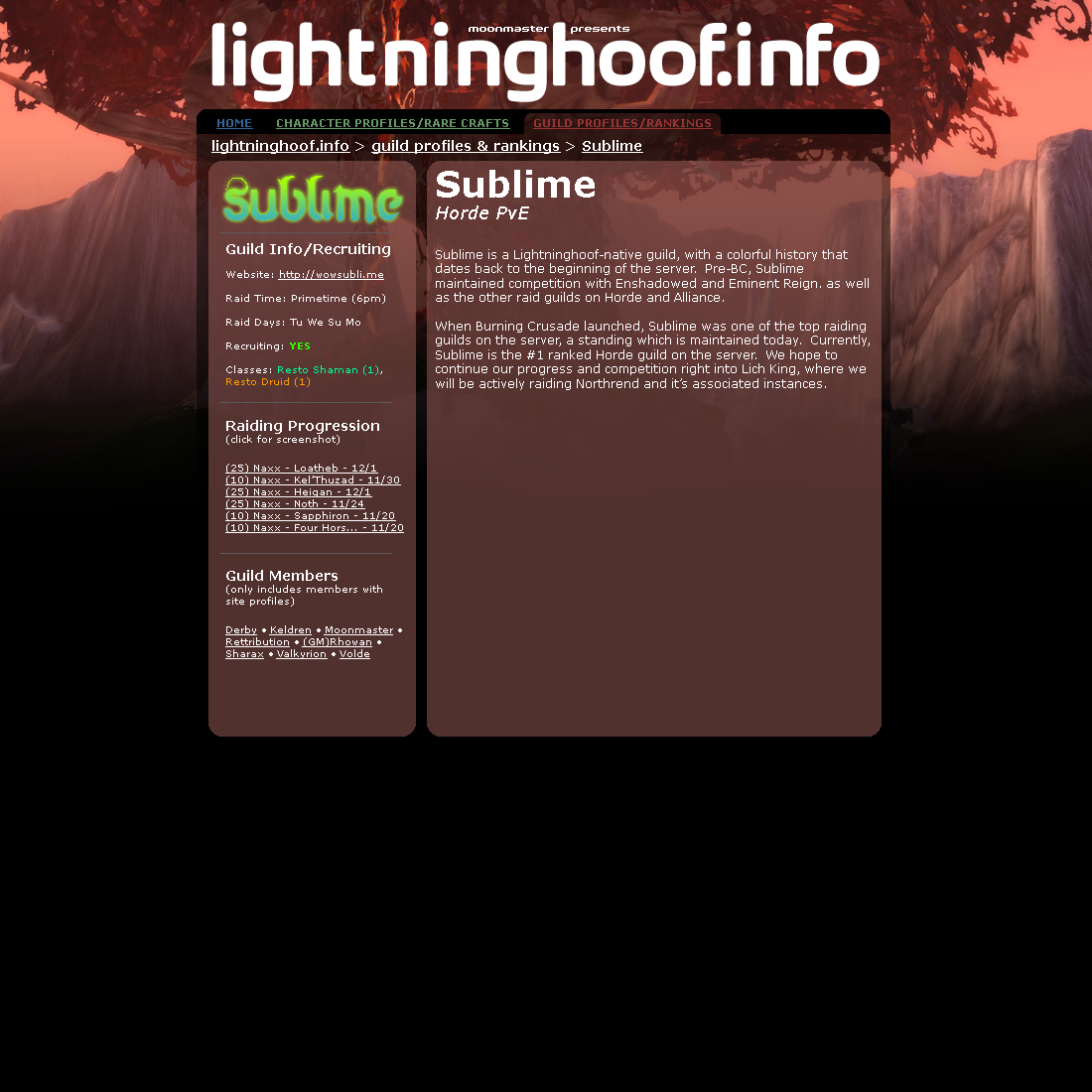 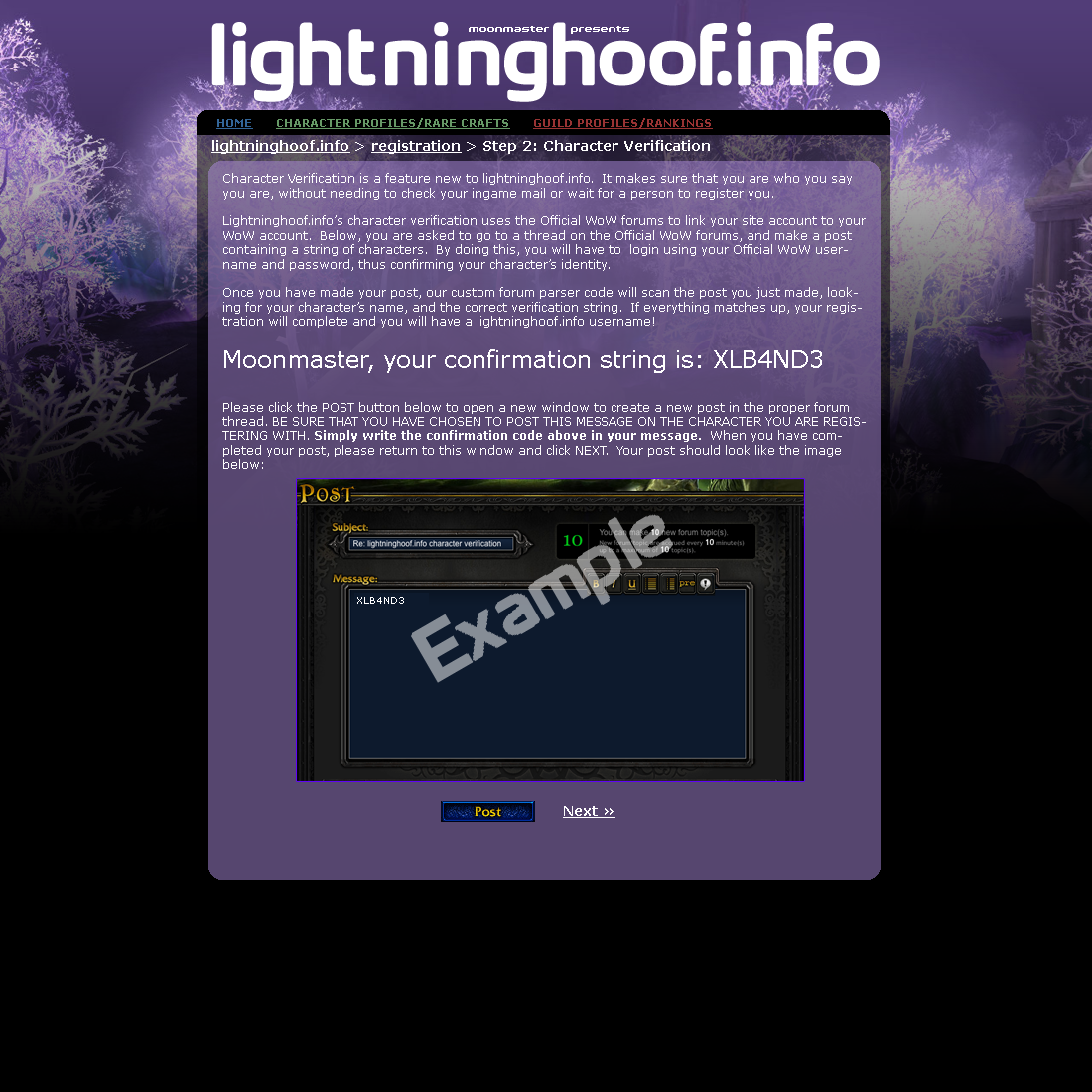 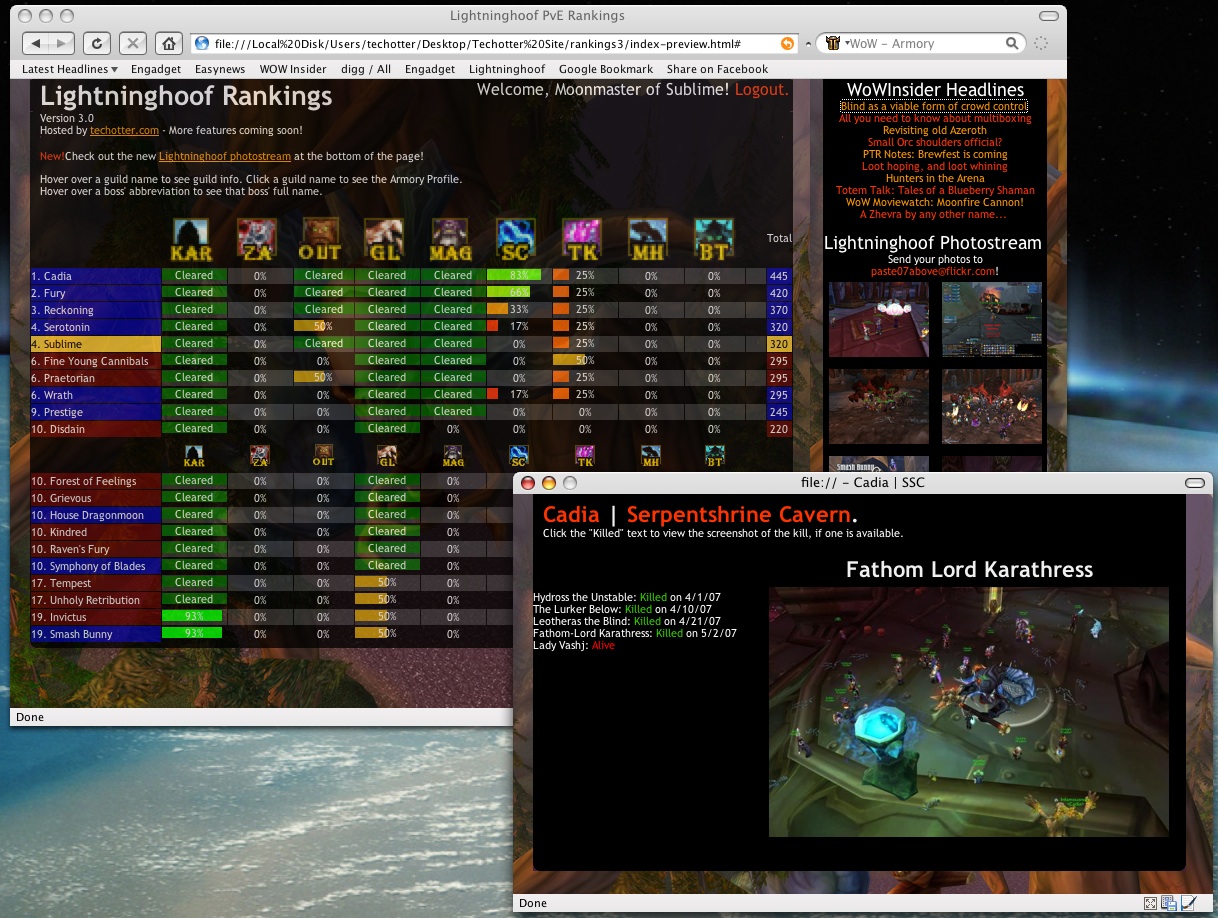 Lightninghoof.info was a school project that turned into a great resource for the community I played World of Warcraft with. As a PHP application for a a class, I created a server ranking for tracking boss progress. After the class ended, features were added and the code was refined to become a central portal for the server to track bosses, wow news, share screenshots and search for crafters. The followup, wowprofil.es, was intended to have a more character-centered focus, but I lost interest in WoW before it got off the ground.

As a web designer playing World of Warcraft, you tend to become your guild’s defacto webmaster. I created and ran custom sites for both of the guilds I belonged to, featuring custom themes and PHP applications. Reawakening was originally a custom Tumblr theme, but later transitioned to Wordpress. Sublime had a custom wordpress theme with an animated Flash banner, custom dkp tracking and forums.