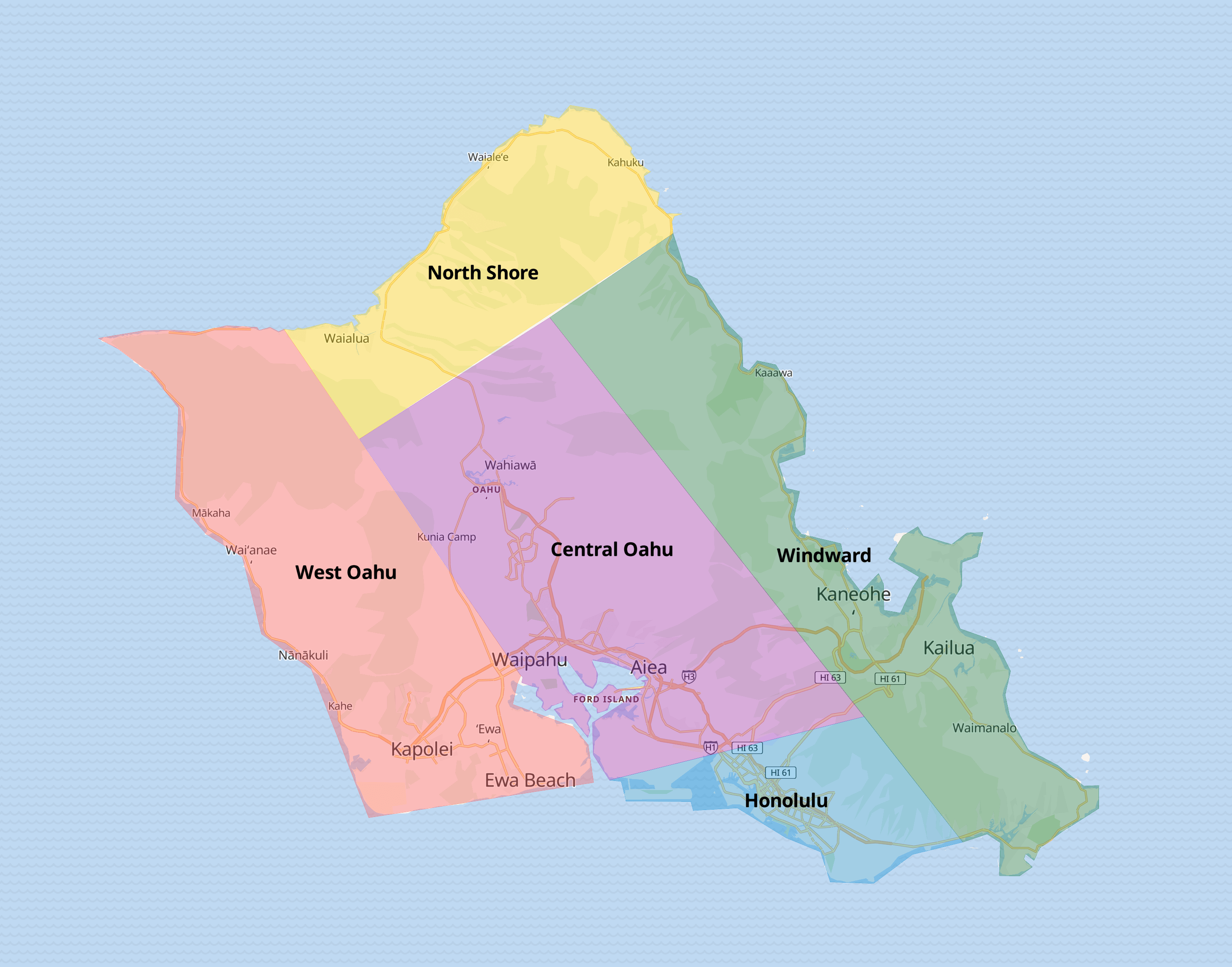 Shortly after moving to Oahu in 2018, I started putting together a guide to our favorite places for guests that would visit us. Originally, this took the form of a straightforward GDoc that I'd print out for folks. Over time, I added more formatting to the document, like a map with annotations. However, google docs was clunky for this purpose - every time I wanted to add a location to the map, I'd have to edit the custom map, take a screenshot with the right dimensions, and paste it into a page in the document. Most painfully, if I wanted the locations in the guide to be in a specific order, I'd have to adjust a bunch of the formatting to make everything flow nicely.

After a couple years, I started sharing the guide online with folks. It covers a lot of places on Oahu which aren't covered by most guides and so it became quite popular, however it was still a painstaking process to edit it. I decided that I would redo the guide, except this time as a website so that it would be easier to make changes. The new guide needed to satisfy a few requirements:

I ended up choosing Github Pages to host the guide. I'd done some Jekyll work with pages before (like this site) and felt like I didn't really need a whole frontend infrastructure - or any backend. Since I was already using google maps in the document version of the guide, I decided to try and continue using google maps. Initially, I played around with the Static Maps API - attempting to make an exact clone of the google doc - but the functionality was far too limited. Plus, I definitely had the desire for more interactivity than a static map. So, I switched to the Maps Javascript API.

The YAML breaks down the page in a pretty straightforward manner:

- Map: each map generates a section in the sidebar, and a container that the JS can use to detect when that map should be loaded. - Polygon: The guide is broken down into sections, which you can see in the overview map at the top of the page. The polygon parameters define which area each sub-map represents. - Markers: the individual items on each map, consisting of: a title, a description, the lon/lat coordinates on the map, and an optional image.

In the map layout, the first thing we do is take the YAML and turn it into a JSON array. Then, we can load the maps API and render the data as necessary. In addition, there's a little extra JS in the layout to handle things like click events and loading the different maps when the user scrolls down. That's pretty much it, just a sprinkle of javascript to get everything up and running.

A couple months after launching the map, disaster struck: the site was a victim of it's own success. I had run up against google maps' free tier API limits. I set out to find an open source alternative, and settled on the following:

I'm super happy with this solution - the maps are sharp and crisp, and MapLibre's API is very close to google maps - I was able to move the maps over to the new libraries within a couple hours.

Hope this guide will help anyone on their mapping journey! Please hit me up with any questions.